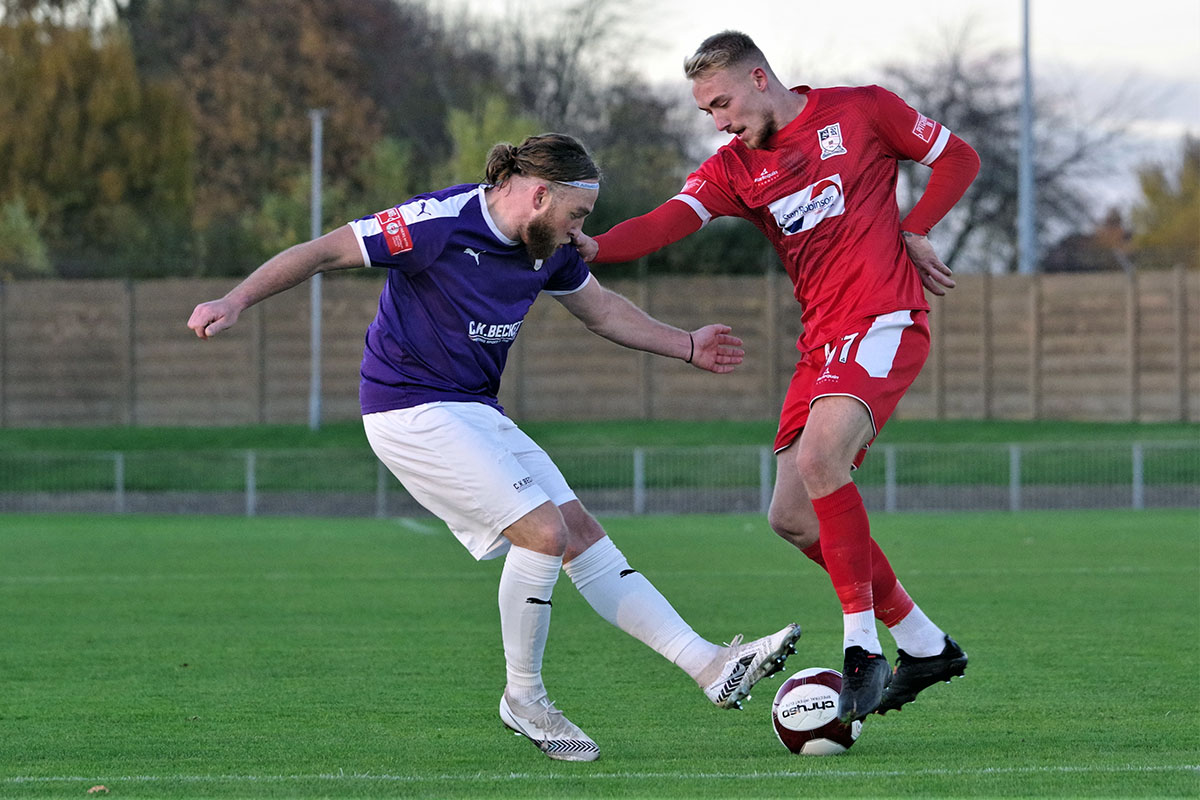 Joe Cuff marked his return to action after a six-week absence by scoring the only goal of the game as Stafford Rangers beat bottom side Grantham Town to move up to seventh in the table. It was a scrappy affair with Rangers relying on some dogged defending and keeper Luke Pilling, who once again made a number of fine saves, to earn maximum points.

Grantham shaded the opening 10 minutes and Lee Shaw could have fired Grantham ahead only to shoot straight at Pilling. Rangers got their first look in a couple of minutes later when Cuff picked up on a poor clearance from AJ Adelekan. In turn, Tom Tonks found Joe Kenton on the right, but his effort crashed back off the Grantham cross bar.

After coming close at one end, Rangers found their goal immediately under threat via a Grantham counter attack but the danger ended when Jon Wafula fired over from fifteen yards out. Soon after, a slip from Ben Woods let in Shaw but Pilling made an excellent block. Play switched to the opposite end, Jake Charles pounced on an error from Michael Williams to put Cuff in and he made no mistake to give Rangers a 19th minute lead.

Pilling made another crucial save when he got his finger tips to a shot from Ali Adeymir to allow Rangers to take their lead into the half time break. Charles went close to doubling the lead early in the second half when he got his head to Tonks’ cross, but home keeper Jim Pollard was equal to it with a fine reaction save.

Grantham replaced Williams with Ifeanyi Ofoegbu and the new face made a noticeable difference and forced Pilling into a good save just five minutes after his introduction. Greg Smith headed over and was then denied by Pilling before Andy Burns made a goal-line clearance to keep out Ofoegbu.

The single goal lead always looked vulnerable, and Rangers defended desperately to survive a late scramble in the area to ensure the win.