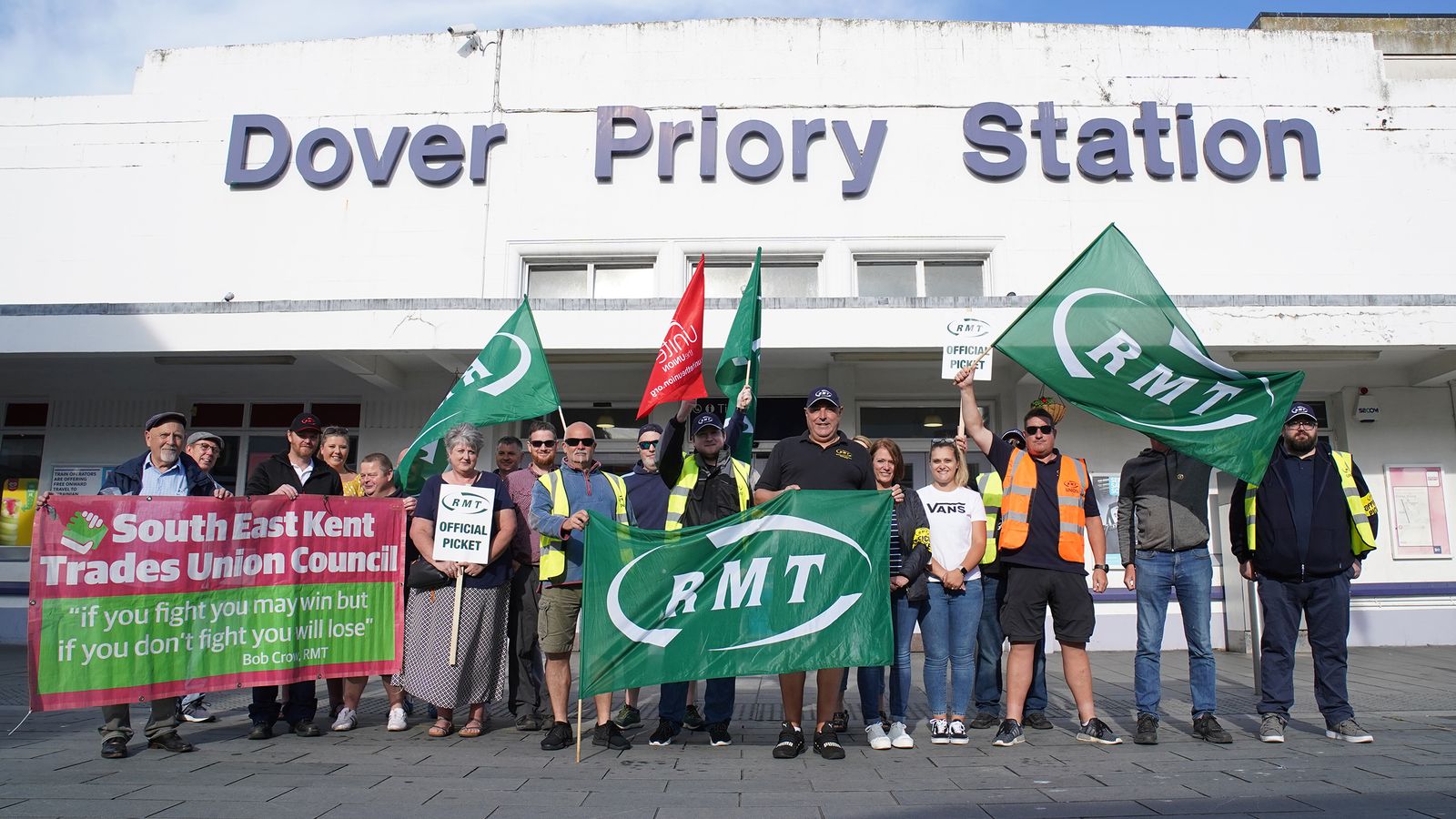 Ministers will change the law to ensure that the impact of “militant” union action is less damaging in future, Transport Secretary Grant Shapps said as the biggest rail walk-out in three decades began.

Mr Shapps told Sky News’ Kay Burley that nothing could be done to “change the reality” of the strikes that are taking place on Tuesday, Thursday and Saturday this week.

But he added: “For future strikes… we are going to ensure that the law is firmly on the passengers’ side, on the consumers’ side.”

The government plans to do that by changing the rules to allow workers from elsewhere in an organisation, or who are employed by agencies, to fill in for striking workers, and for rules ensuring “minimum service levels” even during a walk-out.

Mr Shapps said current working practices had been allowed to persist on the railways “because we’ve got quite militant unions who we’re having to work with – calling strikes on an unnecessary basis”.

The Transport Secretary continued to resist calls to get involved personally with negotiations in the dispute over pay, jobs and conditions.

He said that if he thought that there were a “one in a million” chance that his attending the talks then he would be there but that it was a matter for the employer and the unions to resolve – while admitting that the government was ultimately the “paymaster” setting the funding remit.

RMT general secretary Mick Lynch rejected a claim by Mr Shapps that he had said he would never negotiate with a Tory.

Mr Lynch told Sky News that had been “made up by a Tory press office”.

He added that without a change of direction from the government and employers, more strike action was “inevitable”, and called for coordinated action across trade unions to try to “rebalance the inequalities in our society”.

Around 40,000 members of the Rail, Maritime and Transport (RMT) union at Network Rail and 13 train operators have walked out in the current dispute.

Mr Shapps claimed that by taking strike action, the union was “hurting precisely the people they claim to be protecting”.

“White collar workers, who can simply stay at home, use their computers, log in by Zoom or Teams, will carry on as before,” he said.

“The people that are hurting are people who physically need to turn out for work maybe on lower pay, perhaps the cleaners in hospitals and the rest, and it’s very damaging of thes unions, I absolutely deplore what they’re doing today.”